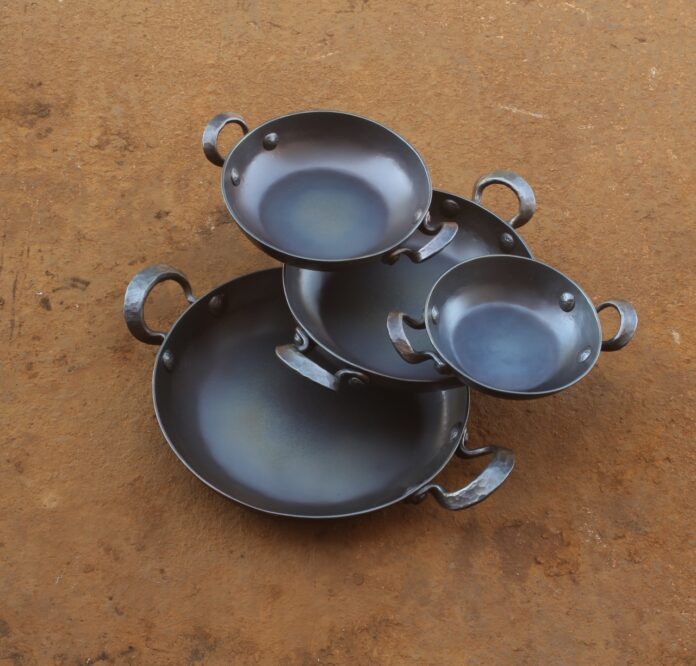 Roanoke-based Heart & Spade Forge received the honor of first runner-up in the Home category for its carbon-steel cookware.

“To be recognized by peers on the national stage is incredible,” said founder and blacksmith Jed Curtis. “My life’s obsession is metal. Each piece takes around 16 hours of handwork, plus 25 years of experience at the anvil, to create. It’s a privilege to forge heirlooms for families, putting Heart & Spade – and Roanoke – at the center of their traditions.”

Curtis bought his first anvil when he was just 5 years old, building his first shop at 15 and meeting his mentor, New York blacksmith Mitch Fitzgibbons, shortly after. Upon earning his bachelor’s in Chemistry from Roanoke College, Curtis opened his shop in 2016. Since then, his carbon-steel cookware has made its way to kitchens and restaurants all over the world. Heart & Spade has been featured nationally in publications such as Taste of the South, The Local Palate and Okra. Curtis has also collaborated with professional chefs to perfect his cooking tools.

“I see my skillets as a merger of science, craft and art,” said Curtis. “Each piece is a living thing that improves with age and gains complexity over time. Think of it as creating a blank canvas for the chef. Each skillet will take on a life of its own based on the chef’s idiosyncrasies and rituals; it becomes a mirror.”

Heart & Spade uses a small-batch process, employing hand-forged techniques rather than automation and molds that are more commonly used in modern cookware manufacturing. The materials are procured locally in Roanoke and from mills in North and South Carolina.

“Yet again the winners of the Made in the South Awards proved that talent, creativity, and passion are alive and well in the region,” said David DiBenedetto, Garden & Gun’s senior vice president and editor-in-chief.