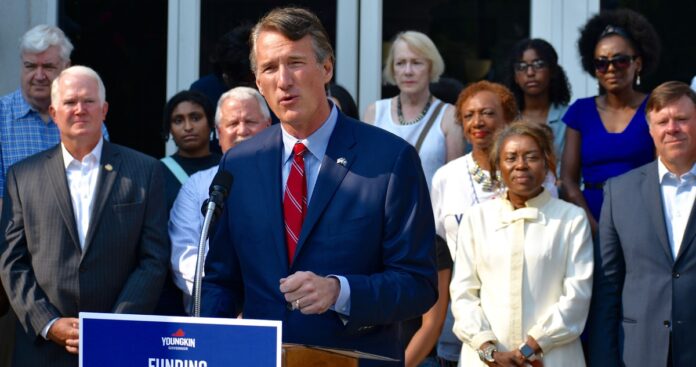 On August 25, as reported by CNN, California air regulators voted to ban the sale of all new gas and diesel-powered cars and trucks in their state by 2035. For Virginians who greeted that news with a “ho-hum,” thinking the new law would only apply to California which is 3,000 miles away, they were or are in for a shock upon realizing that this ban is already an Old Dominion law set to apply automatially to Virginia as well.

During the tenure of former Governor Ralph Northam (D) and during the period when Democrats controlled both the House of Delegates and State Senate of Virginia, among the raft of Democrat-inspired bills that became law was one that tied Virginia automobile emission standards to those set by California.

Not only is the ban set to be absolute by 2035, it has intermediary steps, the first of which is to kick in with 2026 models.

According to CNN, “The board’s new rules would also set interim quotas for zero-emission vehicles, focusing on new models. Starting with 2026 models, 35% of new cars, SUVs and small pickups sold in California [and thus Virginia too] would be required to be zero-emission vehicles. That quota would increase each year and is expected to reach 51% of all new car sales in 2028, 68% in 2030 and 100% in 2035. The quotas also would allow 20% of zero-emission cars sold to be plug-in hybrids. The rules would not impact used vehicles, allowing them to stay on the roads. The rules won’t be immediate, and will go into effect in 2026 (….)”

Gov. Youngkin posted the statement below, decrying the move and pledging to work with the current General Assembly to undo the previous law. At present, the House of Delegates has a slim 52-48 Republican majority while the state Senate has a narrow 21-19 Democrat majority.

Meanwhile, Lt. Gov. Sears joined Youngkin in blasting the law that forces Virginia motorists to obey laws passed by legislators in California which is 3,000 miles and three time zones away.

Speaking in an interview on Fox News, the spirited Sears quipped:

“We didn’t get any opportunity to have any say in what California is doing. They decided, just last Thursday, that by 2035, there will be no gas-powered vehicles sold in California.”

“That’s alright, and that’s good for them, except that we had the previous Democrat legislature and governor hitch us to whatever California does. If California wants to jump off a cliff, as my mother would say, you’re going to do that, too?”

“Apparently, we are,” she said, adding, “Here’s the kicker.”

“By 2026, one-third of all vehicles sold in California must be zero emissions. Otherwise, the automakers will have a $20,000 fine. Guess what? That’s going to happen right here in Virginia as well, because we said ‘ditto.’”

Sears then touched on the issue of: Why does Virginia even have a government if we will simply follow laws that California or any other state passes? Sears explained: “If that’s how we’re going to pass laws in Virginia where, whatever California does, that’s what we do, then why do we have legislatures? Why do we have a governor?”

“We’re going to get rid of this thing,” she vowed, “and we hope that we can get at least a few sensible Democrat legislators to say, ‘not here, not in Virginia.’”

Since California is by far the biggest US state by population, the emissions standards they dictate to a great extent determine how the US auto industry designs and sells cars and trucks.

Unlike Virginia, the leaders of some Democrat-run states praised the decision from the Golden State.

As quoted on CNN, “’This is a critical milestone in our climate fight, which is why Washington [State] is poised to institute these same requirements by the end of the year,’” Washington Gov. Jay Inslee told CNN in a statement. “’We look forward to partnering with other states and the Biden Administration to rapidly reduce the country’s primary source of greenhouse gas emissions.’”

The next Virginia General Assembly is set to convene in Richmond in January 2023.