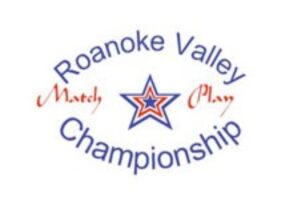 The Championship boasts an impressive list of past champions and has been contested on more than a dozen different area courses throughout those 87 years, where top golfers in the Roanoke Valley have enjoyed one of Virginia’s premier match play opportunities.

The 2022 Championship will feature four divisions; including the Open (Amateur) for the headline top players and any golfer who wants to try their hand at the unique, exciting and unpredictable format of match play: he Senior Division (players 50-64), the Super-Senior Master Division (players 65-74) and the Grand Master Division (players 75 and above).
2021 Champions included J. Schafer (Amateur), Darrell Craft (Senior), Jack Allara (Super-Senior Master) and BH Rakestraw (Grand Master).
Registration for all age divisions will be open to all residents of Virginia who hold amateur status and have an established USGA Handicap. Former residents of the Roanoke Valley who live outside of Virginia will also be eligible. The Championship will be adopting VSGA Eligibility Rules which can be found at www.vsga.org for further clarification.
This year’s entry fee is $155 which includes 2 rounds of golf with cart (up to 6 rounds if you win), Championship hat and polo, range balls and lunch each day. Estimated prizes include $4,000 in gift certificates.
Friday, July 29 includes qualifying round times, if needed, from 7:00 am to 11 am. The Round of 32 will start in the afternoon following lunch. Saturday, July 30 features the Round of 16 with times from 7:30 am and the Quater-Final Round starting times from 12:30 pm after lunch. Sunday, July 31 finishes things up with the Semi-Final Rounds starting from 7:30 am and the Finals following after semi-final rounds are completed.
Entries are accepted in person at Blue Hills Golf Club, or by e-mail ([email protected]). The title sponsor for 2022 will be Valley Distributing of Roanoke.
Bill Turner