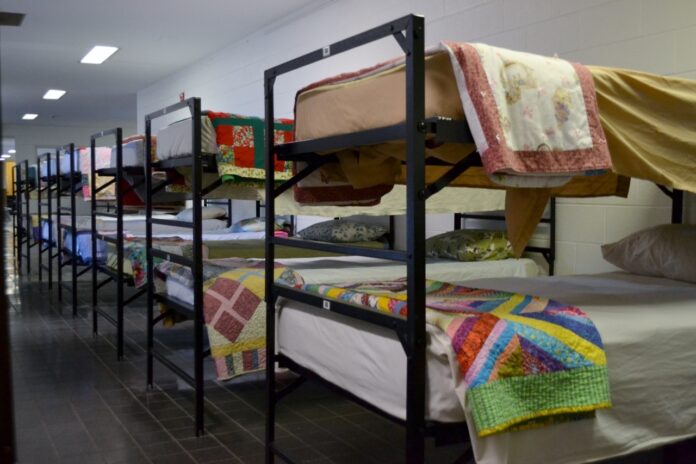 A bill that advocates say will allow homeless youth to access shelter and housing services for the first time without a guardian passed both chambers of the Virginia legislature.

The measure was part of a two-bill package created by a coalition of advocacy groups, with its companion bill dying early in the session in a House committee.

Del. Eileen Filler-Corn, D-Fairfax, introduced House Bill 717. Any child over age 14 would be considered an adult to give consent to housing and other services. The bill focuses on accessibility of care for unaccompanied homeless youth, which is defined in the text of the bill as a homeless child or youth who is not in the physical custody of a parent or guardian.

The measure passed unanimously in the House on Feb. 14, after being laid on the table early in the session then brought back the same day. It passed the Senate with amendments on March 3.

This will mark the first time unaccompanied youth will be able to access homeless shelters without parental consent, according to Allison Gilbreath, the policy and programs director for Voices for Virginia’s Children. The organization advocates for public policy to improve the lives of children in Virginia, according to its website.

“We know that with this bill a lot of young people who may have had nowhere to go previously will now finally be able to access safe shelters and be in the care of safe adults,” Gilbreath said.

House Bill 353 was introduced by Del. Rodney Willett, D-Henrico, and would have allowed unaccompanied homeless youth ages 14 and older to be deemed adults for the purpose of consenting to surgical or medical examination or treatment, with the exception of abortion or sterilization. HB 353 failed early in the legislative session, but parts of it were incorporated into the final version of HB 717.

The revised version of HB 717 requires the Department of Social Services to establish a work group tasked with coming up with recommendations for authorizing homeless youths to consent to medical care. The group will be required to report recommendations by the end of the year.

Kimberly Embe, a graduate student who spoke in support of Willett’s bill at a House subcommittee, said she would have benefited greatly from being able to make decisions about her health while experiencing homelessness.

“It was already a difficult experience to navigate, and that was exacerbated by my inability to make any decisions pertaining to my wellbeing, especially around medical care and housing,” Embe said in a committee meeting. “I had no options really but to continue to relive my trauma as I tried to navigate life in these systems.”

Lawmakers have a hard time understanding the experiences of homeless youth like Embe, according to Gilbreath.

“We have a lot of young people who are in housing insecure places and sometimes what feels stable was already insecure to begin with, and then something occurred and now suddenly they’re also homeless all at the same time,” Gilbreath said. “It might be very instant, where they were barely getting safe housing as it was and now they don’t have anything.”

“It could go a lot further and we are hoping that next session this issue gets revisited and some of the things that we didn’t see included here are included next session,” Monts said.

The new law, which goes into effect July 1, is a step in the right direction, Monts said.

“It represents a first step in providing greater access to housing and shelter related services for those unaccompanied youth,” Monts said.