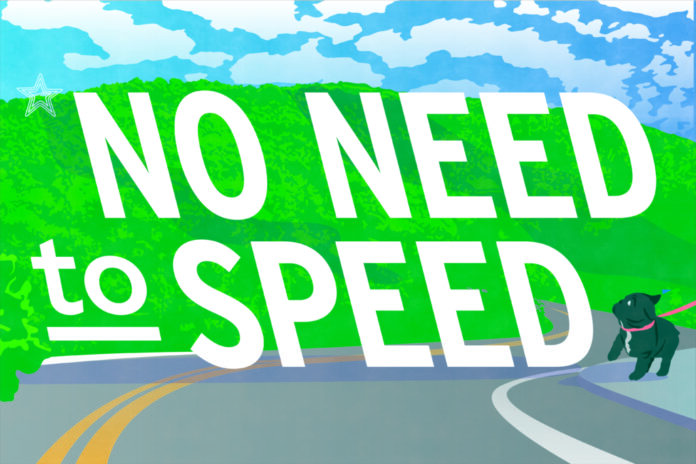 A picture may be worth 1,000 words but Roanoke City officials hope art can remind people of only four – No Need to Speed! Admissions are now being accepted from artists of all ages for the second annual Color Your Corner Contest, part of the 2021 Roanoke Pedestrian Safety Campaign to raise awareness of speeding as a pedestrian safety issue and reduce speeding and speed-related crashes in Roanoke.

Five artists will be selected to have their artwork installed on a signal cabinet at key locations across the City where speed has been identified as a critical issue. Initial submissions are due August 31, and winners will be selected by the Roanoke Arts Commission following the campaign. Details on submission requirements are available at www.planroanoke.org/pedestriansafety.

“Art is a wonderful way to engage the community in a positive way on a public awareness and safety issue,” says Andrea Garland, Traffic Engineer, Roanoke City Transportation Division. “We had a tremendous response to this initiative last year. It’s been a joy to watch art go on display across our city to share a positive message of pedestrian safety and the power of community.”

This is the second art initiative by Roanoke City to raise awareness of pedestrian safety issues. Earlier this month, five signal boxes in Roanoke were the first to receive an artistic makeover with designs by 2020 contest winners focused on drawing attention to crosswalk safety.

To be considered, artwork submissions must be original, incorporate the message “No Need to Speed” in a positive way while also highlighting the diversity of Roanoke’s neighborhoods and people. Submissions may not mimic a regulatory sign, and may not include offensive wording or images, nudity or violence, or contain any promotions for a business or product.

The Color Your Corner Contest is one of several public awareness activities initiated by the City as part of it’s No Need to Speed campaign. Other ways to get involved include: