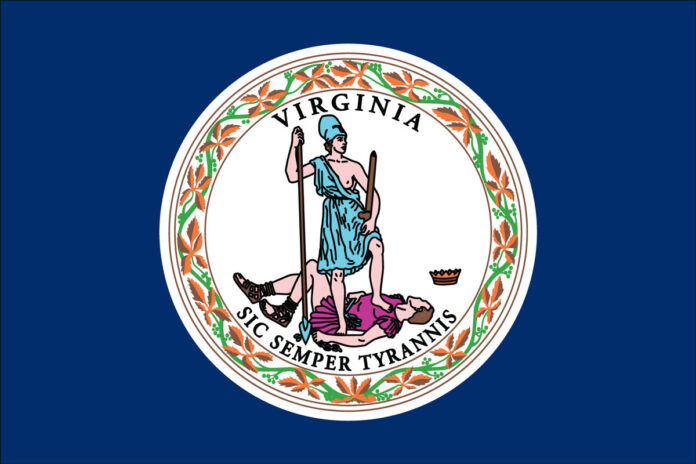 Trump, Biden, The Election, and The Nation

Virginians are more likely to be worried (37%) than excited (22%) about the next four years in the country with more than one-third (36%) somewhere in the middle. Respondents are also more likely to prefer divided government (33%) over one-party control (24%) at the national level.

Residents are split regarding mail voting, with 45% favoring the idea for all elections and 47% opposing it. Regarding the November elections, Virginians think vote counting across the country was very accurate (39%) or mostly accurate (25%), but 31% say it was not very accurate. Similarly, most think that all (41%) or most (24%) of the declared winners truly won the election, but 29% think only some were actual winners.

Referring to pre-election public opinion polling, nearly two-thirds (63%) of Virginians have not very much or no confidence at all in the results reported, with only 9% reporting a great deal of confidence. Even more telling, respondents were more likely to say that those polls favor candidates they want to win the election (47%) rather than trying to report their findings accurately (41%).

A majority of Virginians (53%) disapprove of the way President Donald Trump his handling his job, while just over one-third (35%) approve. Trump’s favorable/unfavorable rating is 33%/53% while President-elect Joe Biden is at 46%/36%. Almost two-thirds (62%) of respondents think the country is on the wrong track while 28% think it is headed in the right direction.

A majority (52%) of respondents think it is more important to protect the rights of gun owners rather than control gun ownership (40%). This item is generally stable, but support for gun control climbs somewhat in the wake of mass shootings and declines in their absence. While support for protecting gun ownership rose from our last measurement in January, 2020, favorable ratings for the National Rifle Association declined to 31% (from 38% in May). Views of Black Lives Matter remained stable from May with 49% seeing BLM favorably.

More than half of Virginians (54%) report having not very much or no trust at all in the mass media to report news fully, accurately, and fairly. This measure is quite stable over time.

Virtually every question in this section is the result of averaging “two Virginias,” the Democratic Virginia and the Republican Virginia. Many of the disparities between party identifiers may best be described as a chasm.

Governor Northam and the Commonwealth

Job approval for Virginia Governor Ralph Northam sits at 53%, the same as in August, while 33% disapprove of his performance. Just over half (53%) of respondents think that Virginia is headed in the right direction, but 37% think it is on the wrong track (both improvements since August). Northam is viewed favorably by 43% of respondents and seen unfavorably by 31%.

IPOR continues to track political anxiety in the Commonwealth. More than three-fourths (78%) of Virginians trust the federal government to do what is right only some of the time or never. A majority (61%) thinks that ordinary citizens can do a lot to influence the federal government, and 42% think their side is losing more than winning in politics today, with 33% thinking they are winning more than losing.

Most respondents (62%) think the country’s best years are ahead of it, while just under one-third (29%) think its best years have passed. Overall, a large majority of Virginians (88%) continues to see the nation divided regarding the important issues facing the country.

Nearly half of respondents (49%) are dissatisfied with how the federal government is (or isn’t) working. Another 19% are angry, while only 24% are satisfied, and 2% are enthusiastic. Each of these measures have remained relatively constant over time, but responses of subgroups vary.

Six-in-ten (61%) Virginia residents know someone who has contracted the novel coronavirus, up from 42% in August and 31% in May. Among those who know someone, 26 respondents (7%) had the virus themselves. More than one-third (38%) have had a family member who was sick, and 56% have a friend or relative who had the virus. Two-thirds (68%) of respondents are very or somewhat concerned that they or someone in their household will contract the virus.

Regarding when the virus may be contained sufficiently to return to “normal,” a plurality of respondents (42%) think that will be next year while 27% say it will be longer than a year. Both of those are unchanged since August, but this is obviously three months later.

Almost half (49%) of respondents think the media coverage has made the virus seem worse than it really is. One-third (33%) think the coverage has been accurate (no change from August).

Governmental Responses to The Virus

A plurality of Virginians (48%) thinks the response from the state government has been appropriate while a majority of 52% (down slightly from 58% in August), thinks the federal government’s response has not gone far enough. Some still think the measures have gone too far (11% for federal and 21% for state). A plurality of respondents (44%) is more concerned that the federal government will spend too little money to boost the economy, while almost as many (42%) are concerned that the government will spend too much money and increase the budget deficit. Like most important issues today, COVID-19 is viewed through a partisan lens.

“The biggest ‘takeaways’ in this poll are the differences between Democrats and Republicans,” said Dr. Harry Wilson, director of the Roanoke College Poll. “We’ve seen these differences in many questions over many years, but they suggest that uniting the Commonwealth (and the nation) is a Herculean task unlikely to be accomplished by any elected official. Democrats and Republicans represent complete divergent views of the nation.”

Republicans’ lack of confidence in the news media (which is deep and long-standing) and public opinion polling present significant challenges for both industries and may suggest it is time for some soul-searching.”

Interviewing for The Roanoke College Poll was conducted by The Institute for Policy and Opinion Research at Roanoke College in Salem, Virginia between Nov. 8 and Nov. 19, 2020. A total of 601 Virginia residents were interviewed. Telephone interviews were conducted in English.