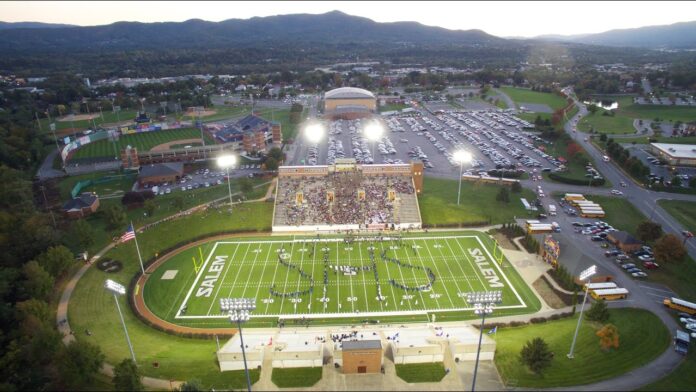 50th Stagg Bowl Will Be Played at Salem Stadium in 2023

Congratulations to the City of Salem, Roanoke College, Ferrum College and ODAC for being awarded a staggering 16 National Championship events in the coming years, including the 50th Annual Amos Alonzo Stagg Bowl that will return to Salem in December 2023.

“This is tremendous news for not only Salem, but the entire Virginia’s Blue Ridge Region,” says Carey Harveycutter, Salem Tourism Director. “Sporting events on all levels have been adversely affected and, in many cases, completely shut down during the pandemic. So, we are thrilled that we will have the opportunity to welcome these student-athletes and their fans back to Virginia’s Championship City in the near future.”

“Bringing the Stagg Bowl back to its most recognizable venue for the game’s golden anniversary is only fitting.” says Jay Taliaferro, Salem City Manager. “Our city staff members and citizens are always willing to go the extra mile to ensure successful championships for the participants and their families. This is a big reason why we have such an outstanding track record with the NCAA and many other organizations.”