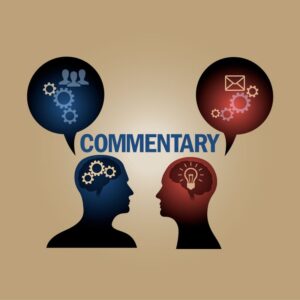 The writer G.K. Chesterton once offered a famous parable to illustrate the difference between sensible reform and thoughtless action. Suppose there was a fence across a road, he wrote:

That’s a good rule for a fence and, if we apply Chesterton’s meaning more broadly, a border wall.

Those are good reasons. They are the same reasons Congress voted overwhelmingly to build a border fence in 2006, with supporters including then-Senators Barack Obama and Joe Biden.

Securing the border is a sensible reform, but Democrats in Congress now obstruct it, professing not to see the use of it.

In Arizona, however, creative thinking may allow a path forward.

When I visited the southern border in that state last year, I saw the places where smugglers and traffickers cross and heard from the Border Patrol agents who need more resources to do their jobs. For those who live in that area, border security is not just a matter of national policy but personal safety.

With that in mind, the state legislature is considering a bill to allow landowners along the border to construct their own barriers, waiving zoning laws and other permitting requirements. It has not yet been enacted, but it is a possible partial solution to the problem.

Recent court rulings have allowed progress in other aspects of immigration enforcement as well.

On February 21, the Supreme Court ruled that the Trump Administration can enforce its “public charge” rule while litigation continues. The rule implements federal immigration law, which requires that people seeking to become temporary or permanent U.S. residents must be self-sufficient and not rely on public benefits.

The public charge rule is a commonsense measure. We want people coming to our country to contribute, as so many have in our past and do today. Many of our ancestors came to this country before the social safety net had even been constructed. They came not to obtain public benefits but to pursue the American Dream. The public charge rule upholds this tradition.

On February 26, a panel on the U.S. Second Circuit Court of Appeals found that the U.S. Department of Justice had the authority to withhold funding from jurisdictions that refuse to cooperate with immigration authorities. Several states, including Virginia, had sued to stop this policy.

On this matter, too, the Trump Administration’s approach is sensible. The Constitution delegates immigration policy to the Federal Government, not states or cities. It is reasonable that the Justice Department withhold some funds from jurisdictions that block immigration enforcement.

I believe we ought to allow more immigrants into the United States. From farm workers to lab technicians and professors, we should welcome the people who are committed to pursuing the American Dream and adding value to our communities.

I also believe it is our country’s right to set the rules for getting in and to make sure those rules are followed.

Setting the right rules ensures we get the people our country needs to grow and thrive.

Other countries, including Canada, New Zealand, and the United Kingdom, use a points-based merit system to determine entry, rewarding assets such as education and job skills. Our country should also consider the qualities of those who aspire to be Americans, whether they are coming for agricultural labor or lab work.

Just like Chesterton’s fence, our immigration system was built with a purpose. We should always keep it in mind, whether when building a wall or swearing in the newest American citizen.

To reach my office via email, please visit my website at www.morgangriffith.house.gov.