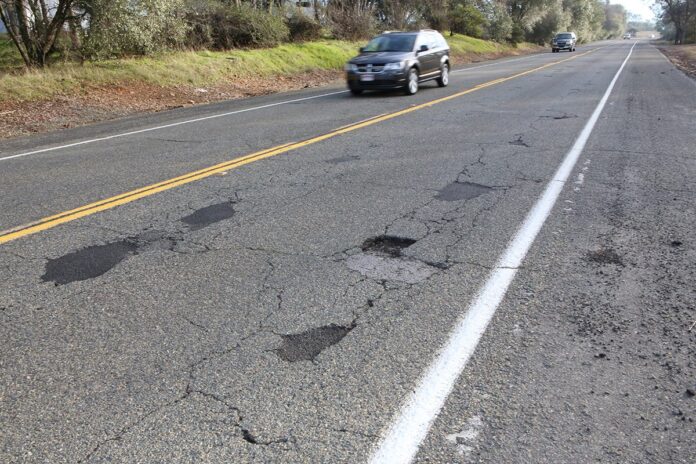 Roads and bridges that are deteriorated, congested or lack some desirable safety features cost Virginia motorists a total of $9.5 billion statewide annually – $1,328 per driver in the Roanoke urban area – due to higher vehicle operating costs, traffic crashes and congestion-related delays.

A lack of sustainable, long-term transportation funding threatens Virginia’s ability to improve road and bridge conditions, improve traffic safety, and relieve traffic congestion and could be an impediment to economic growth in the state, according to a new report released today by TRIP, a Washington, DC based national transportation research nonprofit.

The TRIP report, “Virginia Transportation by the Numbers: Meeting the State’s Need for Safe, Smooth and Efficient Mobility,” finds that throughout Virginia, approximately one third of major locally and state-maintained roads are in poor or mediocre condition, more than 600 locally and state-maintained bridges (20 feet or more in length) are rated poor/structurally deficient, and 3,875 people lost their lives on the state’s roads in traffic crashes from 20142018. The report also finds that travel on Virginia’s roadways has increased by 14 percent from 2000 to 2018 and six percent from 2013 to 2018, resulting in increasing traffic congestion, causing significant delays and choking commuting and commerce.

Driving on roads in the Roanoke area costs the average driver $1,328 per year in the form of extra vehicle

operating costs (VOC) as a result of driving on roads in need of repair, lost time and fuel due to congestion-related delays, and the costs of traffic crashes in which roadway features likely were a contributing factor. A breakdown of the costs per motorist in the state’s largest urban areas, along with a statewide total, is below.

The report also finds that Virginia’s current sources of transportation revenues will not keep pace with the state’s future transportation needs. This is largely a result of increasing vehicle fuel efficiency and the increasing use of electric vehicles, which, combined, are expected to reduce significantly the revenue generated by the state’s motor fuel tax revenues.

“The lack of adequate, sustainable transportation funding in Virginia will lead to increasing deterioration on the state’s roads and bridges and even longer congestion-related delays for commuters, businesses and visitors,” said Will Wilkins, TRIP’s executive director. “Deteriorated, congested roads rob drivers of time and money while reducing the state’s competitive advantage and threatening economic growth. Making investments that will improve the condition and efficiency of Virginia’s transportation system will ensure that the state remains an attractive place to live, visit and do business.”

The TRIP report finds that 10 percent of major locally and state-maintained roads in the Roanoke urban area are in poor condition and another 20 percent are in mediocre condition, costing the average motorist an additional $361 each year in extra vehicle operating costs, including accelerated vehicle depreciation, additional repair costs, and increased fuel consumption and tire wear. Statewide, 12 percent of Virginia’s major roads are in poor condition and 22 percent are in mediocre condition.

A total of 646 Virginia bridges (20 feet or longer) are rated poor/structurally deficient, with significant deterioration to the bridge deck, supports or other major components. More than eight thousand (8,499) of the state’s bridges are rated in fair condition and the remaining 4,786 are in good condition. Twenty-two of the state’s 646 poor/structurally deficient bridges are in the Roanoke area.

Traffic congestion in the Roanoke area is worsening, causing 25 annual hours of delay for the average motorist and costing the average Roanoke driver $510 annually in lost time and wasted fuel. Statewide, congestion costs Virginia drivers a total of $4.6 billion annually.

In the Roanoke area, on average, 34 people were killed in traffic crashes each year from 2015 to 2018. The financial impact of traffic crashes in which the lack of adequate roadway safety features were likely a contributing factor was an average of $457 annually per each Roanoke area driver.

The efficiency and condition of Virginia’s transportation system, particularly its highways, is critical to the health of the state’s economy.  Annually, $497 billion in goods are shipped to and from Virginia, relying heavily on the state’s network of roads and bridges. Increasingly, companies are looking at the quality of a region’s transportation system when deciding where to re-locate or expand.

Regions with congested or poorly maintained roads may see businesses relocate to areas with a smoother, more efficient and more modern transportation system. Approximately 112,000 full-time jobs in Virginia in key industries like tourism, retail sales, agriculture and manufacturing are dependent on the quality, safety and reliability of the state’s transportation infrastructure network.