We Should Give Thanks for The United States Military Every Day

The definition of the U.S military will not end in one word or a few sentences as such a definition is connected with a meaning of life and integrity that is carried by those individuals who are setting a sacred mission which is defending America.

Thousands of American lives have been sacrificed to keep the light of hope bright and the journey continues. It was Americans’ valiant effort which became an example of freedom across the world. When a soldier dies, many humans will live, and this is the result of the sacrifice.

Honoring such sacrifices of military personnel does not end in one day of the year; it is a bravery of humans that will never be forgotten. The meaning of integrity is renewed within those individuals who are attempting to relieve the suffering in people’s lives and introduce freedom to the world.

Honoring American lives and valuing America’s society begin with supporting the military and regarding the sacrifices which are the seeds of America’s liberty. It takes a strong and pure conscience to serve the United States and become a member of such a military which is a firm shield in the face of the great adversaries. Between the past and the present, the U.S military has become lessons of bravery in the history of the world. Obviously, every spot and corner in the world can testify in favor of the U.S military.

The philosophy of living and leading with dignity and integrity is exemplified by the U.S military and it rises as a symbol which is shining for all to see. The elite knights who proceed through the darkness of the nights and brighten many human lives; it is a story that never ends and the journey that always progresses and teaches heroism.

The U.S military, reflects the brave history of a nation and the hope that a free society gives to the rest of the world that is carried on the shoulders of the uniformed individuals. During disasters and human agony and at the time of crises when a cloud blocks the sunshine, it is only U.S military that withstands, rescues, and protects America – and others.

The U.S military’s continuous vigilance in protecting the greatness of America and the democratic system of the United States which is the haven of freedom not only to the Americans but to all human beings across the world. A peaceful society in America would not exist, and a dream that arises to reality would not survive without the dedication and sacrifices of the military personnel. The U.S Constitution is the column of America, the U.S military is the concrete foundation that the Constitution stands on.

To stand and recognize the dignified service members of such a great military and realize that their acts of selflessness are the power that protects liberty. We should all remember, every day, as soon as we awaken in the peaceful hours of the morning, to pray for American soldiers as they are the peacemakers for millions around the globe. 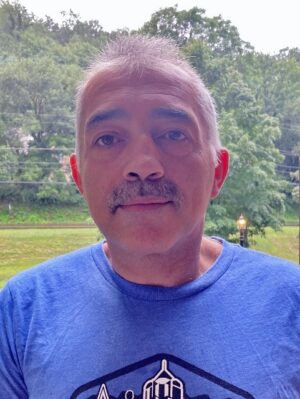 – Serwan Zangana supported Operation Iraqi Freedom as a U.S Army translator before coming to the U.S from Kurdistan, Iraq in 1997 to seek political asylum. He was granted asylum status and years later proudly became a U.S citizen. He currently serves as a correction officer in Roanoke.

The hunt for the perfect tree is oftentimes an important part of family tradition. Buy local whenever possible by supporting local Christmas tree growers....

As discussed here, the US Senate has scheduled a vote for 5:30 pm on Monday, November 28, on what supporters have dubbed the "Respect...

According to the Washington DC-based Religious Freedom Institute (RFI), "The American Founders understood the importance of religion for the flourishing of individuals and society....

DEVOTIONAL: How Can You Know The Will Of God?

Give thanks in all circumstances; for this is God’s will for you in Christ Jesus. First Thessalonians 5:18 Many sincere people wonder, "What is God's will...

As schools are closed and many adults are either already traveling or preparing for the big meal, the US is experiencing its busiest travel...