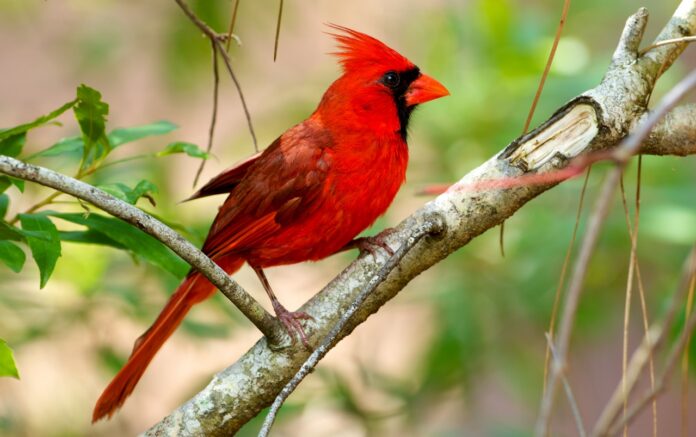 Songbirds, especially those that live in urban areas like Washington, D.C., have a lot of competition when it comes to communicating their messages, from noises other creatures make to flowing rivers and wind to noisy traffic and other human-caused sounds.

This year, songbirds in the DC metro area also had to compete with the emergence of the 17-year-cicada.

“It’s a very exciting time to be a bio-acoustician,” said Dana Moseley, a biology professor at James Madison University who is collaborating with Brian Evans at the Smithsonian Migratory Bird Center to investigate the effects periodic cicadas have on birds.

Some species of cicada come out every year, but birds have either adapted to them, or the noise those cicadas make does not interfere with bird songs.

The 17-year cicadas, with their loud pitch and poor timing, present challenges to birds that are in the midst of mating season. “You can’t really evolve to something that comes around once every 17 years,” said Moseley, who has been recording songbirds in the Washington area since 2017. Also participating in the acoustic study is Bernie Lohr, a biology professor at the University of Maryland Baltimore County.

“Organisms have divided up acoustic space kind of like real estate,” Moseley said, explaining that either their pitches differ and therefore do not interfere with each other or the time of day that they are active differs. “The times of day and the months of the year that have periodic cicadas, there’s this conflict,” Moseley said. “Cicadas are so loud, they just drown everything else out, including birds who are trying to attract mates.”

The researchers want to know if birds change their tunes in response to the periodic cicadas. Some birds can shift the pitch of their songs and still be heard, others cannot. Some, Moseley said, are “just locked into this one song type or a few song types that they’ve memorized, like having a playlist of only five songs.”

The study is looking at eight species of songbirds with recordings taking place through July. Software will help the researchers find some of the data they’re looking for, but a bit of manual labor will be required too.

The hard part, Moseley said, is identifying species, which the software still struggles with. “We don’t need to analyze every single sound, but a sample good enough for statistics to say pre-cicada, during cicada, how are they the same or different.”

Whether or not the birds are able to shift their songs around the cicadas, the results will be interesting for the natural history of birds, Moseley said.