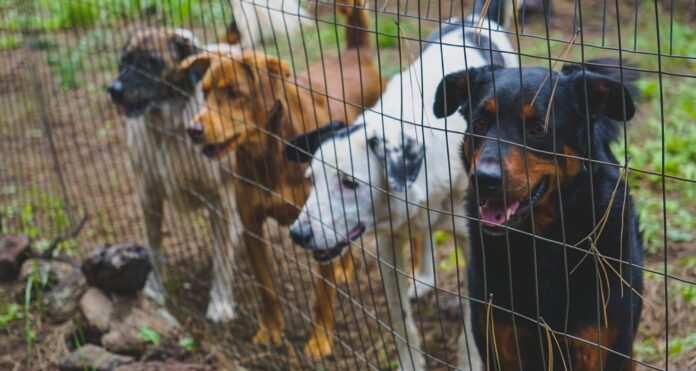 Best Friends Animal Society, a leading animal welfare organization, has released its sixth annual pet lifesaving dataset, which gives a national overview of the number of dogs and cats that enter and exit shelters each year. It also includes a state-by-state no-kill priority ranking of which Virginia is fifteenth.

Best Friends measures shelter lifesaving with a metric called “save rate.” A 90 percent save rate is the nationally recognized benchmark to be considered “no-kill,” factoring that approximately 10 percent of pets who enter shelters have medical or behavioral circumstances that warrant humane euthanasia rather than killing for other reasons, such as lack of space. In 2020, 113,153 dogs and cats entered Virginia shelters and 96,004 were saved, giving the state an aggregate save rate of 84.84%.

In the same year, 60.26% of state shelters measured above the 90% benchmark. Those that were below it needed to save 6,940 more healthy or treatable animals to make Virginia no-kill (a state is considered to be no-kill when every brick-and-mortar shelter serving and/or located within the state has a save rate of 90% or higher).

84% of shelter deaths in 2020 were cats, most of which were outdoor community cats residing in townships with barriers to trap-neuter-vaccinate-return programming. Nationally, community cat programs have created a notable reduction in the number of cats entering shelters, made significant improvements in save rates and provide public health benefits.

“This was a monumental year for cats and dogs in America’s shelters,” said Julie Castle, CEO of Best Friends Animal Society. “We saw communities, shelters, and individuals step up for animals in ways we couldn’t have imagined, and now we are closer than ever before to achieving our goal of no-kill by 2025.”

The COVID-19 pandemic impacted this year’s data, as many shelters or services had to partially close or reduce services. Communities and individuals filled that gap through volunteering, fostering and adopting. As a result, fewer pets entered shelters and more lives were saved.

“This year’s progress has been exceptional, from what we have seen with community support and involvement and the lifesaving numbers as a result. It is crucial that we build on this momentum to keep pets out of shelters and in loving homes where they belong. This is how we will get to no-kill,” Castle said.

Nationally, about 347,000 cats and dogs were killed in America’s shelters in 2020, down from 625,000 in 2019. This is the largest yearly reduction in dogs and cats killed in the nation’s shelters (44.5 percent) to date, putting the nation at an 83 percent save rate. Best Friends has the most comprehensive national data on sheltered animals, representing an estimated 93 percent of all sheltered dogs and cats in the country.

“Since we announced our no-kill goal the number of cats and dogs killed in shelters has decreased by 76 percent, down from about 1.5 million in 2016. This is incredible progress, but we must never lose sight that there are still?over 950 cats and dogs killed every day just because they do not have a safe place to call home,” Castle said.

For the past six years, Best Friends has spearheaded a one-of-a-kind extensive data collection process that involved coordinated outreach to every shelter in America followed by additional research, data analysis, and technology development. The dataset is the most comprehensive on sheltered animals, based off data directly from shelters, state and local coalitions, government websites, and even FOIA requests.

This year, Best Friends launched a new user experience for its pet lifesaving dashboard, which displays the data clearly and further inspires community members through highlighting the areas of greatest need to help homeless pets in their communities.

Best Friends Animal Society is a leading animal welfare organization working to end the killing of dogs and cats in America’s shelters by 2025. Founded in 1984, Best Friends is a pioneer in the no-kill movement and has helped reduce the number of animals killed in shelters from an estimated 17 million per year to around 347,000. Best Friends runs lifesaving programs all across the country, as well as the nation’s largest no-kill animal sanctuary. Working collaboratively with a network of more than 3,300 animal welfare and shelter partners, and community members nationwide, Best Friends is working to Save Them All®. For more information, visit bestfriends.org.