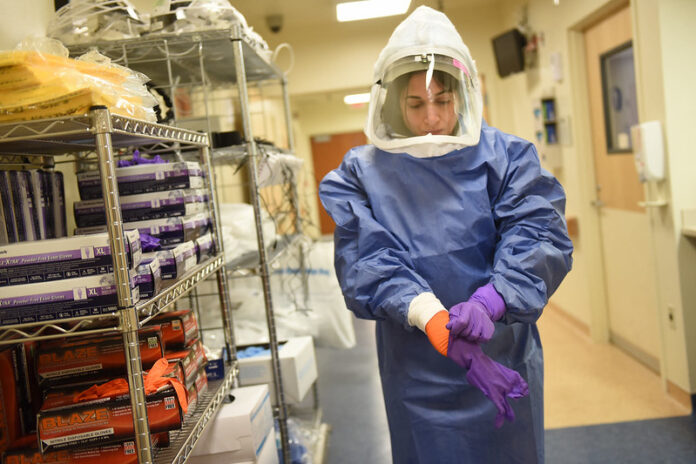 A Virginia Tech researcher and teacher who has spent decades studying the psychology of safety says it’s more important than ever for frontline workers such as healthcare providers to look out for one another, keeping each other accountable in an effort to help everyone get home safely at the end of the day.

“Really what we’re talking about is: How do you help people stay safe and not take unnecessary risks?” said E. Scott Geller, a Virginia Tech expert in applied behavioral science and the human dynamics of injury prevention. He and his students initiated the Actively Caring for People (AC4P) movement in 2007. The movement is now worldwide, and Geller said it’s needed now more than ever.

“Some workers take risks because they only want to help,” Geller said. “Many will say in defense, ‘Oh, it won’t happen to me.'”

Geller referred to published studies and reports from the 2014 Ebola outbreak in West Africa, where healthcare workers who consistently wore appropriate personal protective equipment (PPE) had significantly lower rates of infection. Those who rushed in with the best of intentions to help critical patients, but without PPE, were very often infected with the virus themselves.

“Healthcare workers have seen major negative consequences when not immediately helping somebody — their courage to actively care is enviable, but they’re taking a huge risk when doing it without PPE,” Geller said. “We want them to slow down, put on their personal protective equipment. And yet, we know there are other honorable AC4P motivations driving them.”

Geller pointed out that a common issue in healthcare systems is administrators and supervisors who may be pushing for efficiency to meet quotas.

“They’re not even thinking about safety” in certain cases, he said. “Effectiveness takes more time but will save more lives in the long run.”

Geller noted that another issue ever-present in the U.S. response to the pandemic is apparent shortages in PPE which many hospitals are struggling to overcome.

Because people tend to naturally get in a flow of dealing with immediate issues, “we often fail to be proactive and prepare for the possibility of something like a pandemic. This is the same issue seen in keeping workers safe in various other industries: efficient production too often wins over time-consuming safety.”

Geller developed an interpersonal coaching perspective that helps colleagues actively care for each other, and he encourages what’s known in the medical and other fields as cultivating a “just culture.” Geller refers to this as an AC4P culture, using the acronym COACH to describe it:

Geller acknowledged that the stress of being on the front line — especially during a crisis — can influence additional feelings of guilt and helplessness, perceptions that motivate some healthcare workers in particular to avoid taking the time to put on the appropriate PPE.

“They consider the impact of saving a life or of not saving one,” Geller said. “‘Don’t ask me to do something so menial like putting on a mask,’ some will think. ‘I have serious life-saving work to do.’”

While healthy and productive safety protocols can seem less necessary during an emergency, Geller said that during a crisis it is especially important to stop and remember why a safety protocols exists.

He noted the concept of a “timeout,” a period where one or more healthcare workers pause before a procedure or certain action to make sure the proper steps are being taken. That’s not just an administrative imperative, but one necessary for every first responder.

“It’s hard to tell a nurse or a doctor or a therapist to break away for a day to get some sleep, for example,” Geller said. “You get into the flow of the task and sometimes you’re not mindful about what you’re doing and not doing, and before you know it you’ve forgotten a key action because you’re so into the flow of the routine.”

E. Scott Geller is an Alumni Distinguished Professor of psychology and Director of the Center for Applied Behavior Systems at Virginia Tech.