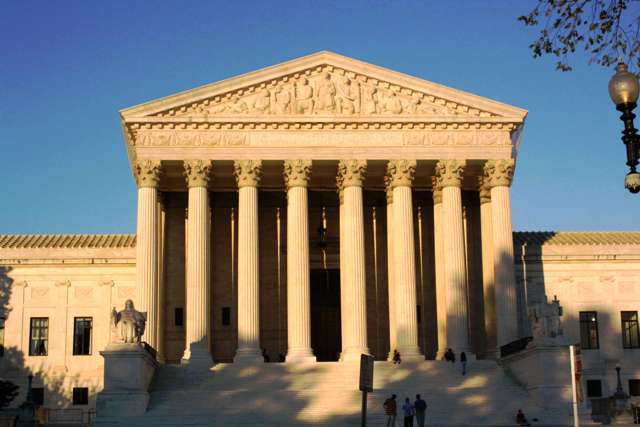 Does Virginia still need a babysitter to make sure it doesn’t discriminate against minorities in its voting process?

As the commonwealth’s primary season ends and campaigns ramp up for statewide races in November, that’s up to the U.S. Supreme Court to decide.

Virginia is one of just 15 states — most of them southern — in which the federal government has to sign off on any changes to either their local or statewide voting processes, no matter how incremental or monumental, under a portion of the 1965 Voting Rights Act meant to keep in check states with histories of racial discrimination.

So, even though Virginia’s lawmakers voted to require photo ID at the polls in this spring’s legislative session, the law is nothing more than a piece of paper until the U.S. Department of Justice signs off on it.

The fate of Virginia’s new voter ID law and entire election sovereignty under Section 5 of the Voting Rights Act, or the “pre-clearance” requirement, now rests in the hands of the nine Supreme Court justices in a case called Shelby County (Alabama) v. (Eric) Holder.

“The issue before the court is whether or not the modern pre-clearance requirement is what’s called congruent and proportional — a fancy term for does it still make sense under the Constitution?” said J. Christian Adams, founder of the Election Law Center, in a conference call last week with reporters.

Congress renewed the Voting Rights Acts’ Section 5 for another 25 years during the George W. Bush administration in 2006. Now the Supreme Court has to decide whether Congress overstepped its authority in doing so.

“Obviously, if it’s unconstitutional today it was probably unconstitutional when it was passed,” said Reagan George, president and founder of the Virginia Voters Alliance, an election watchdog group.

Those who want the law struck down say the federal government has no right to intervene in states’ election processes anymore — if it ever did at all.

“There is no reason for states like Virginia to continue to have to get the pre-approval of the federal government for any changes in their voting laws, particularly given the partisan use of Section 5 by the Holder Justice Department,” said Hans von Spakovsky, an expert on elections and voter fraud with the conservative Heritage Foundation in Washington, D.C.

Supporters of the status quo, like the NAACP and League of Women Voters, say pushes for photo ID prove the need for Section 5 now more than ever.

“Oh, absolutely, particularly given the wave of voter suppression legislation that we have seen, particularly in the covered jurisdictions,” Elizabeth MacNamara, president of the League of Women Voters, told Watchdog.org in an interview. “The voting rights act has been a tremendous tool for organizations like the league that are still trying to protect the vote after all of these years.”

But minorities actually turn out at the polls in greater numbers in the so-called suppressed states, according to Section 5 critics and even Supreme Court Chief Justice John Roberts.

And that just might be the undoing of the pre-clearance requirement.

“I think the Supreme Court during the oral argument phase of this was really hitting the government attorney pretty hard about the fact that there’s certain states singled out and other states that aren’t, and that government didn’t really have any proof that showed that the states that are currently being raked over the coals by this law” are performing poorly, George said.

Something else that might be the DOJ’s undoing? Recent controversies over things like Benghazi and tapping phone records, on top of internal problems in the DOJ unit that reviews Section 5 issues, Adams said.

“A recent inspector general report, by the DOJ inspector general, revealed that inside the Section 5 unit that’s reviewing things such as voter ID, there is an individual who’s reviewing these laws who has committed perjury,” Adams said. “And you can read this in the IG report. It’s not a mystery — it’s right there in black and white.”

“Well, we certainly are hoping that the court will do the right thing and will keep the system in place that has been enormously successful in eliminating discrimination,” she said.

But George said the Department of Justice is the real discriminating bully in this scenario.

“In a lot of cases, the Justice Department has been using this law — just like the IRS against the tea parties — has been using it as a tool to try to stop photo ID, even though they know that, for the most part, the American public wants it and that it does not suppress the vote or discriminate in any way.”

The court’s opinion is due any day now.