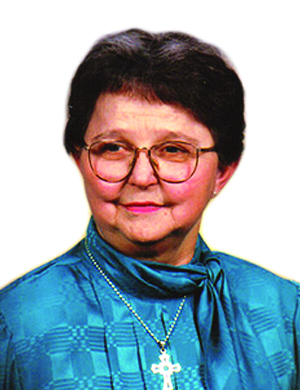 Fifty years ago parents of children with multiple ear infections and sore throats were advised to have the tonsils removed. Since our three easily met these qualifications, I added three tonsillectomies to three cases each of measles, mumps, and chicken pox – one of the negative results of having three children under five!

Harry III was the first to undergo the procedure at age five, followed by Kathy at age three, and finally John who was barely two. Dr. Houston Bell, at Gill Memorial Hospital in downtown Roanoke, performed all three surgeries.

Although he was pleasant and playful with both of the boys, Dr. Bell was smitten with Kathy. “You are such a pretty and sweet little girl,” he said. “All my girls were boys – I ’d like to take you home with me!”

After one night in the hospital she returned home – to the usual ice cream routine that allegedly made the discomfort tolerable – and we awaited the check-up appointment in one week. But on the third day she was listless, pale, and had no appetite. I thought she might be coming down with a virus, and suggested she go to bed early. When she brushed her teeth, she spat out bright red blood. Her dad rushed her to the hospital – John was an infant at the time and I had to stay home with him and little Harry.

Later, after they returned home and Kathy was safely tucked in bed,  Harry recounted the ordeal at the hospital. She had hemorrhaged and all day had been swallowing blood. Dr. Bell pumped her stomach. I think Harry suffered more than she as he watched the procedure. He said she did not cry, whimper, or complain but cooperated fully. When the nurse was cleaning her up after it was over, and praised her for being a brave girl, she replied, “I knew it would be all right because Daddy was here.” Harry said that was one of the nicest things ever said about him.

A few days later when we dressed her for her check-up appointment and told her this would be the last time she would have to go, she began to cry hysterically, “No, no, I won’t go!”

“But this time won’t be like last time,” Harry explained. “The doctor just wants to see your throat and be sure it is healed.”

We were shocked and pained to think she had been living with that misconception all week. Both Harry and I assured her that Dr. Bell meant he wished he had a little girl like her. No one could ever take her away from her family, we promised. We would never let that occur. Her tear-filled eyes assured us she believed us, and she smiled as we headed for the doctor’s office.

However, that pact became null and void years later with the approval of all concerned when Skip Davis took our little girl to be his wife.